A family-owned business with roots dating back to 1891,
Faber Halbertsma Group is one of Europe’s preeminent
suppliers of sustainable pallet products and pooling services.
We simply deliver!

Through a highly motivated workforce, excellent customer service and a focus on circularity and re-use of resources, we aim to reduce our CO2 footprint and provide complete peace of mind to our customers; both with regards to their logistical challenges and their increasingly important sustainability goals. 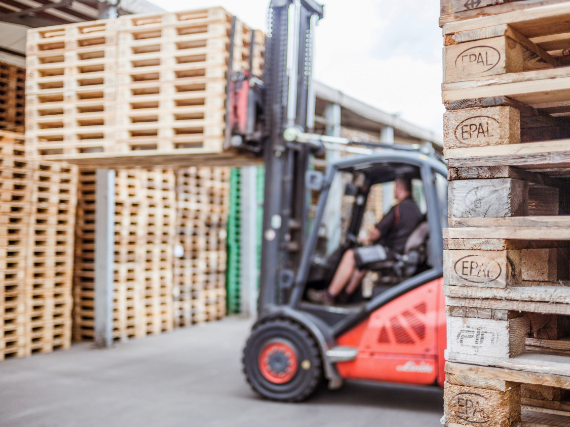 A short history of our company

The Faber Halbertsma story began in 1891, when Hidde Binnert Halbertsma took up a new trade: the production of wooden barrels for butter. Years later, In the 1950s, Halbertsma was the first company in Europe to start producing pallets.

In 1933, meanwhile, Frederik Faber had started his own company in Assen, also producing butter barrels. After a big fire in 1969 had destroyed his factory, Frederik decided to focus on the production of pallets. A great idea, as it turned out!

In 1978, Kees Faber took over from his father. Over the years, he acquired several companies, including, in 1992, Halbertsma. From then on, the company would be known as Faber Halbertsma Group.